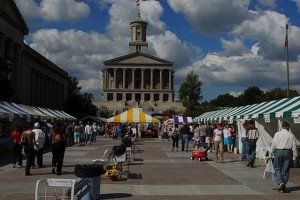 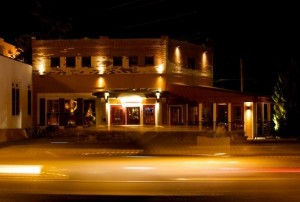 Eklund sounds older; he’s maybe in his sixties, but his voice has a manic energy that makes me wonder if maybe he’s my age, only he has bronchial pneumonia or something.

“Impressive, eh?” Baxter says. In the light I can see the lines in his face. He has more crow’s feet than I would have thought possible around his eyes. He has thick laugh lines too, and some nice forehead creases. The man is a prune. His eyes are sharp though. Light green and piercing. His hair is bright white, but thick and dynamic. I hope I look as good as this guy when I’m his age. I hope I’m as energetic too. “Four wings of a hospital all the way down, with multiple ORs, elevators, stairwells, and bathrooms spaced evenly in case of emergencies. Easier to dig forward than down, you know.” He hopped into the driver’s seat of a golf cart that was sitting by the door. “Well, get on. The offices are at the very end.”

I sit next to him uneasily while Jazz and Janis sit behind us. I keep on thinking I should do something, but I have no idea what that might be. Looking at the long corridor ahead with labcoated people walking busily down and up its length I ask, “How are you paying for all of this?”

Eklund raises a bushy white eyebrow at me as he keys the engine. It’s electric, so there’s only a somewhat disappointing hum when he does this. “This is the Baxter Eklund Cognitive Trauma Ward. You have a loved one in a coma? We take care of them for you. The place would practically pay for itself if it weren’t for the goddamned government regulators.”

I raise my own eyebrow at this.

“We take on a few pro bono cases as a charity. But the government wants all of our cases to be pro bono.”

I’m starting to get that desperate, queasy feeling I always get when people talk politics around me, so I attempt to change the subject: “Why am I here, Dr. Eklund? Why is the FBI after me?”

Eklund doesn’t answer right away. He drives past a bathroom, and a small group of people in lab coats pointing their tablet computers at each other and nodding. Finally, he says, “You’re a curiosity to me, Ethan. Unfortunately, the government has learned to be a little suspicious of the people I’m curious about.”

“Why would they care?”

Jazz speaks from behind me in his deep baritone. “Dr. Eklund has been trying to solve the problem of free will.”

“Yes, thank you, Jazz. I tried to find people who seemed to have a lot of free will first. People who followed their own path regardless of the consequences. After I contacted two people the FBI had under surveillance, they got leery. When I found the third they started to get violent.

“They used some strong arm tactics. Some of my staff were beaten when they refused to cooperate. I had to let them see this part of the ward, so they could see I wasn’t heading some sort of paramilitary boot camp back here or anything. Thankfully they didn’t know what all the equipment was for.”

The golf cart is finally reaching the end of the hallway, where a comically innocuous looking wooden office door stands inset in the wall. Eklund steers the cart into a space by the door and turns off the ignition. I don’t feel like getting off yet, though. I’m feeling a little sick. “Why couldn’t you have just told the FBI what you were doing?”

Eklund lets out a rasping laugh that turns into a cough before he gets control of it. “For one thing, they wouldn’t have believed me, and for another, I don’t exactly want the FBI to know what I’m doing.”

“Why did you program Janis to kill those people?”

Eklund’s expression turns serious. “Why didn’t you order her not to?” He turns away and gets off the cart.

“There, there,” Jazz pats me mechanically on my shoulder. “You did what you thought was right.”