So there’s this show, a comedy, about a young couple. The woman has a relative she knew nothing about that dies, leaving her this mansion, and rather than sell it off, she and her husband decide to turn it into a bed and breakfast. Things go fairly well at first but then she has an accident. She hits her head and is knocked unconscious. She wakes up in the hospital and she finds that for some reason, now she sees dead people. Ghosts. And they aren’t the silent type. They aren’t something she can ignore. She goes to the mansion she and her husband now live in and discovers that, of course, the old mansion has a multitude of ghosts. They each have their own personalities, some of them have abilities that cause things to happen in the living world, and because she and her husband went all in on the mansion, there is no way for her to escape to some remote place where there aren’t as many ghosts. She, her husband and the ghosts have to learn to exist together, dealing with all the quirks and hijinks that ensue. Sound interesting?

Great. Now you have to decide. Do you want the story set in the US? Or the UK?

My answer to the question is… yes.

Thankfully the show I just described exists and there is both a UK and a US version. I’ve watched them and I like them both, though if pressed, I’d say the UK version is better. 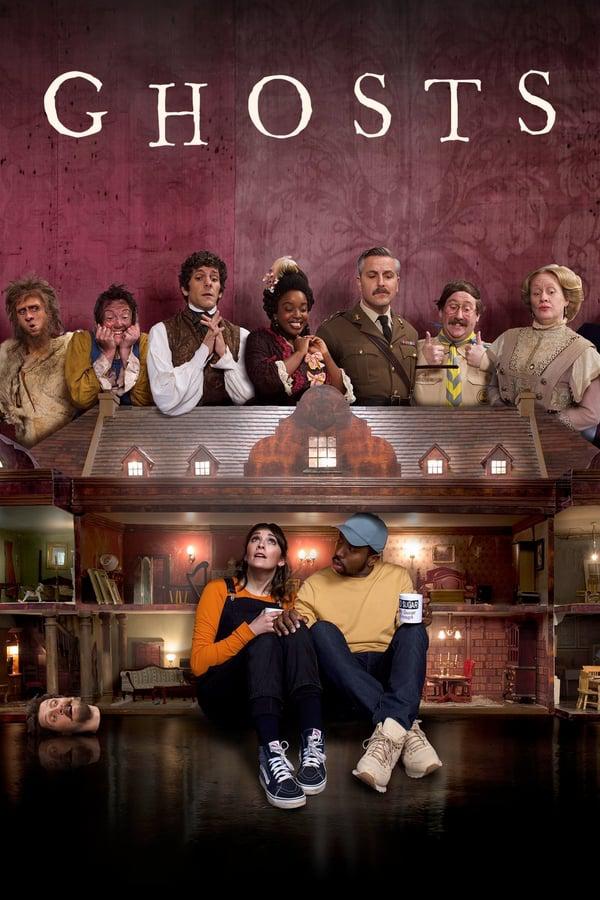 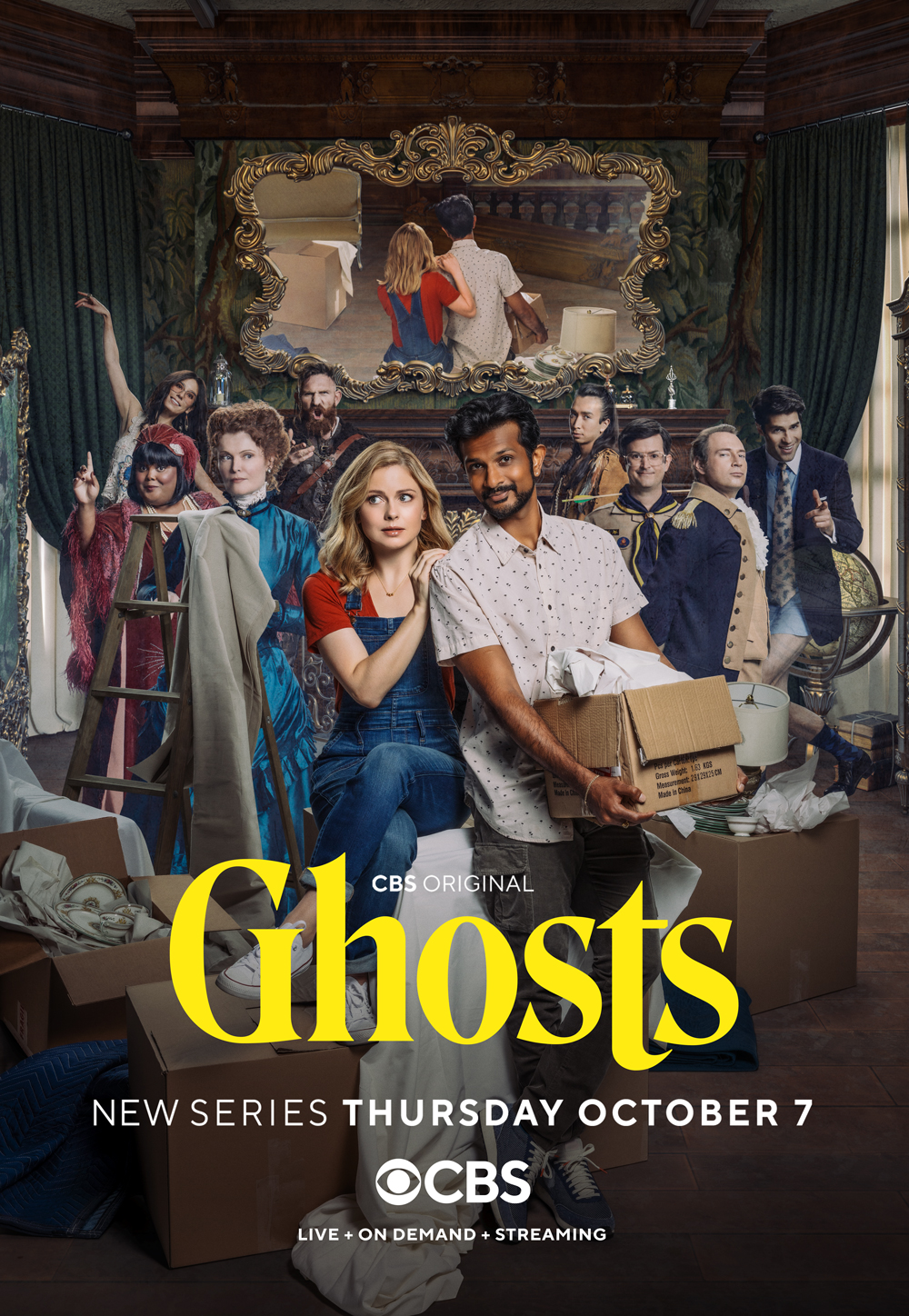 US version of Ghosts

Both versions have wonderful characters from different walks of life and time periods that learn and change throughout the series. It’s always fun to see a caveman bickering with a boy scout in the UK version. Or a Viking trying to impress a hippy chick in the US. And there’s always the humor of Allison/Samantha seeing things and knowing things that others can’t and trying to make it seem normal. Another thing that both shows have is the feeling of the husband and wife really being there for each other. The set up isn’t that one of them is the “good” one and the other is the bad one. There isn’t a smart one and a dumb one either. They both have their faults and their quibbles, but they care about and admire each other, and that’s always nice to see. The other ghosts have a similar vibe with each other, even though that often gets strained because of their many disputes

The differences of the two versions are intriguing to explore. One of the first differences you notice is that in the UK version there are six episodes to a season and sometimes a special holiday episode, a format familiar to fans of other BBC shows like Dr. Who. I suppose six episode seasons work well enough. The actors don’t have to be on set for as long. The writers don’t have to rush to get ideas out on time. You can have a good arc that starts and ends in six episodes if you plan for it. But for me, it always seems too short. Just when I get settled into the show it seems, it’s over. So point for the US there. But the UK version has a better grasp of the tone of the show I think.

For example, both shows have a ghost character who was a scout leader in life, but who died when a child shot an arrow through his neck. Both versions also portray how this event occurred. In the US version you can feel the writers and directors and everyone straining to squeeze humor out of what, for a child, would have to be a traumatizing and horrendous event. In the UK version though, they just sit right in and go, stretching the death scene out into a marvelous example of physical comedy. The Brits know how to mix tragedy and comedy right, I guess. Must be all that Shakespeare 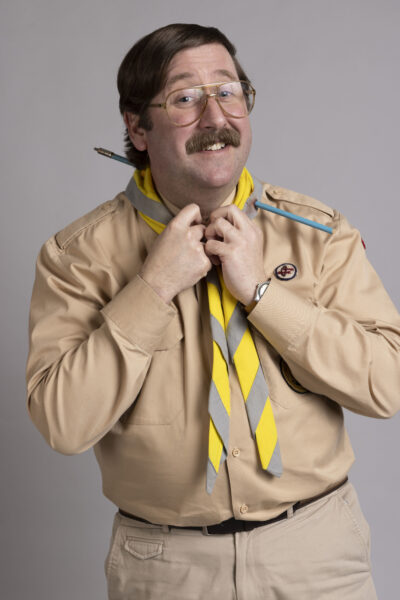 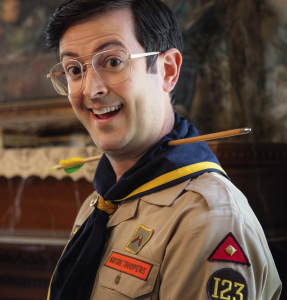 If you’ve watched the UK version already, though, I wouldn’t be too quick to dismiss the US version. It does start off a bit shaky, and where it does the same things as the UK, the UK does them better. Still, the US version quickly grows away from the UK version, and for all its flaws, the performances are a bit brighter in tone and the story lines are unique enough that you can appreciate it as its own thing. I’m a big fan of Rose McIver from iZombie and she is great in this show, giving Samantha a brightness and optimism that’s charming even if I sometimes miss the more sardonic tone of Allison. And Utkarsh Ambudkar,  the actor who plays Samantha’s husband Jay  is a treat too. The episode that sold me on the US version was the one where Jay is attempting to fix an exposed wire in the house and gets electrocuted while one of the ghosts passes through him, causing the ghost to possess him. The way he adopted the mannerisms of an uptight colonial woman was an unexpected delight.

So sure, it’s a little ridiculous that there are two versions of the show. You wouldn’t know from the accent she uses, but Rose McIver is from New Zealand, so she’s not even a real USian. There are even people speaking with English accents still, because several of the ghosts are colonists. The UK version of Ghosts was great and there really was no logical reason why they needed to make a US version. But all the same, I’m glad they did.